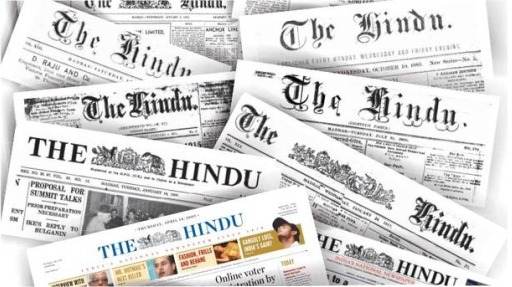 A new law in Australia that seeks to make technology platforms such as Google and Facebook pay news publishers for use of their content presents governments in democracies with an idea worth considering, if not emulating. The law, which is based on the realisation of a severe power imbalance between giant Internet platforms and news media, marks a rare intervention by any government in platform-publisher relationships. It seeks to level the playing field by mandating that platforms negotiate with publishers of news regarding payment for their content. The platforms are not used to paying for such content. The power imbalance is not just an Australian reality, though. It is everywhere. This imbalance has only intensified over the past decade or so, during which time platforms have gained so much power that they have become de facto gateways to the net. They have also grown massively to become some of the richest companies on earth today. Unfortunately, during the same time, there has been a precipitous decline in the fortunes of the news media, which provides the journalistic resources on the ground to keep a population, especially in a democracy, well informed. Journalism houses have struggled to stay afloat, what with their long, successful offline business models becoming less viable. As a result, across the world, many have gone out of business and hundreds and thousands of journalists have lost their jobs.

It is no one’s case that this law is flawless. Far from it. Leaving aside Google and Facebook, which unsurprisingly opposed it, many experts do reckon that it is against the principles of an open Internet. Many others do refer to the pressure from the traditional media lobby, which includes the likes of Rupert Murdoch’s News Corp. But the point to note is the intent. In launching the Bill, which is now just a few days away from getting passed by the Senate, the Australian Government has shown that it realises that the cost of not intervening in this unequal battle is high. At stake is the sustainability of the news media industry. That Australia chose to intervene is critical as countries, outside of the European Union, have often adopted a laissez-faire approach to administering tech giants. But this may change. Australian Prime Minister Scott Morrison has himself taken the initiative in reaching out to India’s Prime Minister Narendra Modi and Canadian Prime Minister Justin Trudeau about the Bill. With France already having given shape to new European Union copyright rules, thereby forcing Google to negotiate licensing deals with its publishers, the heat is on the Internet platforms. Other governments might take the cue.

By engineering defections in Puducherry, the BJP might have lost more than it gained

The month-long political instability in Puducherry has ended with the resignation of Chief Minister V. Narayanasamy on Monday after he failed to prove his majority on the floor of the House. Though the fall of his government appeared imminent a few days ago, the way in which the political events played out highlighted the limits of the constitutional provisions to discourage defection of elected legislators. Not long ago, the Narayanasamy Ministry had a comfortable majority with 19 members in the 33-member Assembly. The disqualification of a Congress MLA in July last year did not make any difference to the situation. But, in the last one month, six MLAs from the Congress-DMK combine quit the House. Among them were two Ministers and a couple of MLAs who gave up their seats just a day before the floor test. Two of those who quit the Assembly have since joined the BJP. Under the changed circumstances, the non-Congress front, comprising the All India N.R. Congress (AINRC), the AIADMK and the BJP, gained an edge with 14 members, as the strength of the House was reduced to 26. With the Assembly elections in the Union Territory just a few weeks away, the Lt. Governor Tamilisai Soundararajan should recommend placing the Union Territory under President’s rule. Any other course would only serve to highlight the unprincipled nature of the defections.

Parliamentary democracy thrives not just through adhering to the letter of the law but also by building and respecting healthy precedents and conventions. This was given a go-by when the Centre, in June 2017, nominated three BJP functionaries as MLAs. There was nothing illegal about it, but this raised questions of political propriety in the light of the BJP drawing a blank in the 2016 Assembly election. When one of the nominated MLAs died in mid-January this year, the ruling party at the Centre lost no time in nominating an office bearer of the party to fill the vacancy, though the term of the present House ends on June 8. The recent events have to be seen against the backdrop of the BJP’s efforts to gain a foothold in the Union Territory, where its principal adversary, the Congress, has been the pole star. Besides, for the last few years, the BJP has been relentlessly attacking the Narayanasamy regime. The month-long resignation drama can only be seen as part of the BJP’s larger game plan of realising its goal of “Congress-mukt Bharat” (Congress-free India). There would have been no objection to the BJP’s pursuit had it played the game in a fair manner. The BJP should be aware that any negative role on its part will not go well with the words of Prime Minister Narendra Modi who, in his first monthly radio address, Mann Ki Baat, after getting re-elected in May 2019, said: “…beyond laws and rules, democracy is embedded in our sanskaar [tradition]; democracy is our culture. Democracy is our heritage.” By engineering defections so close to the election, the BJP might have lost more than it gained.