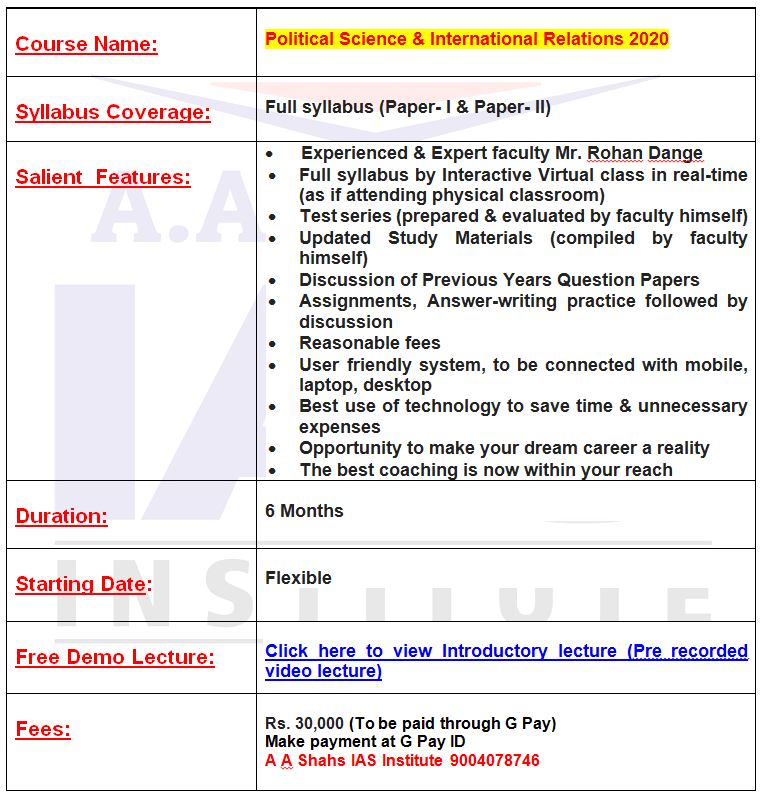 India and the World:

Lecture Plan: Paper – I And II